You have permission to edit this article.
Edit
Home
News
Sports
Community
Opinion
Obituaries
Marketplace
Build an Ad
View And Buy Photos
1 of 3 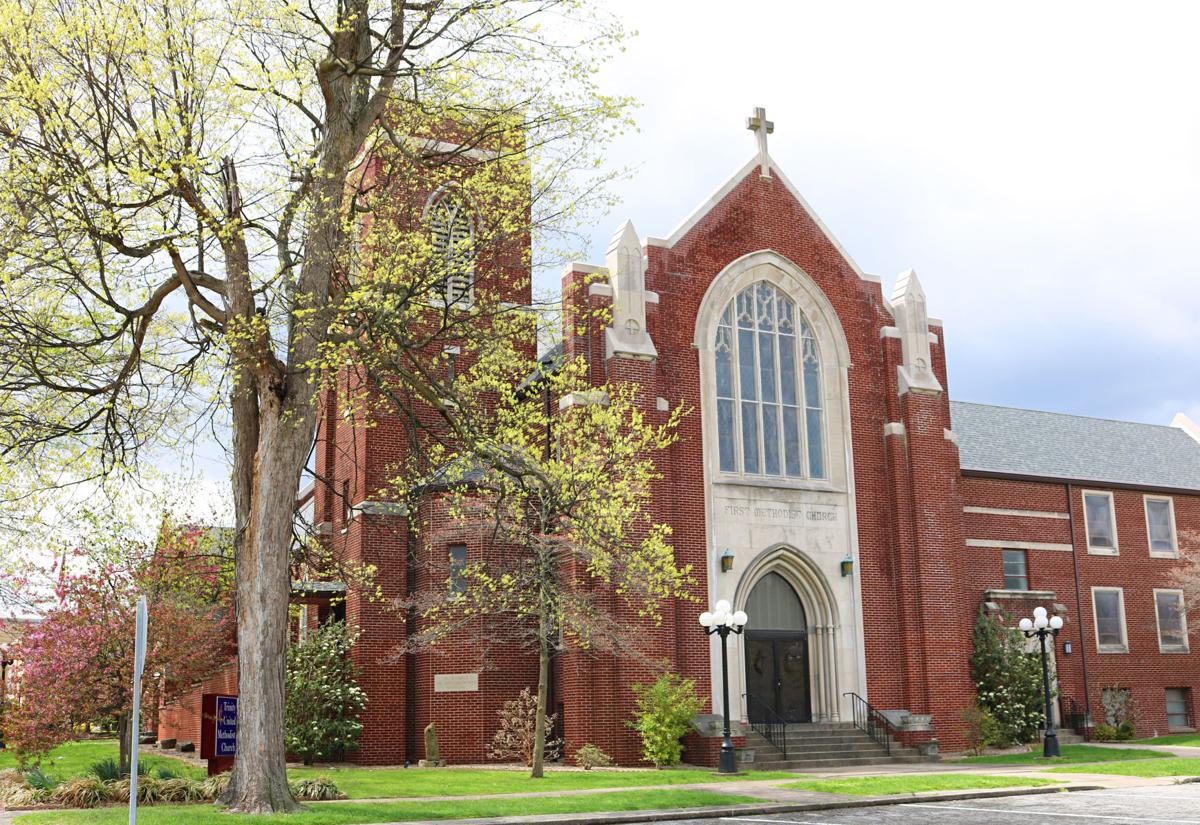 The exterior of Trinity United Methodist Church, located at 512 Mulberry St. in Mount Carmel. The Methodist church community is celebrating its 200th year of service in 2017. 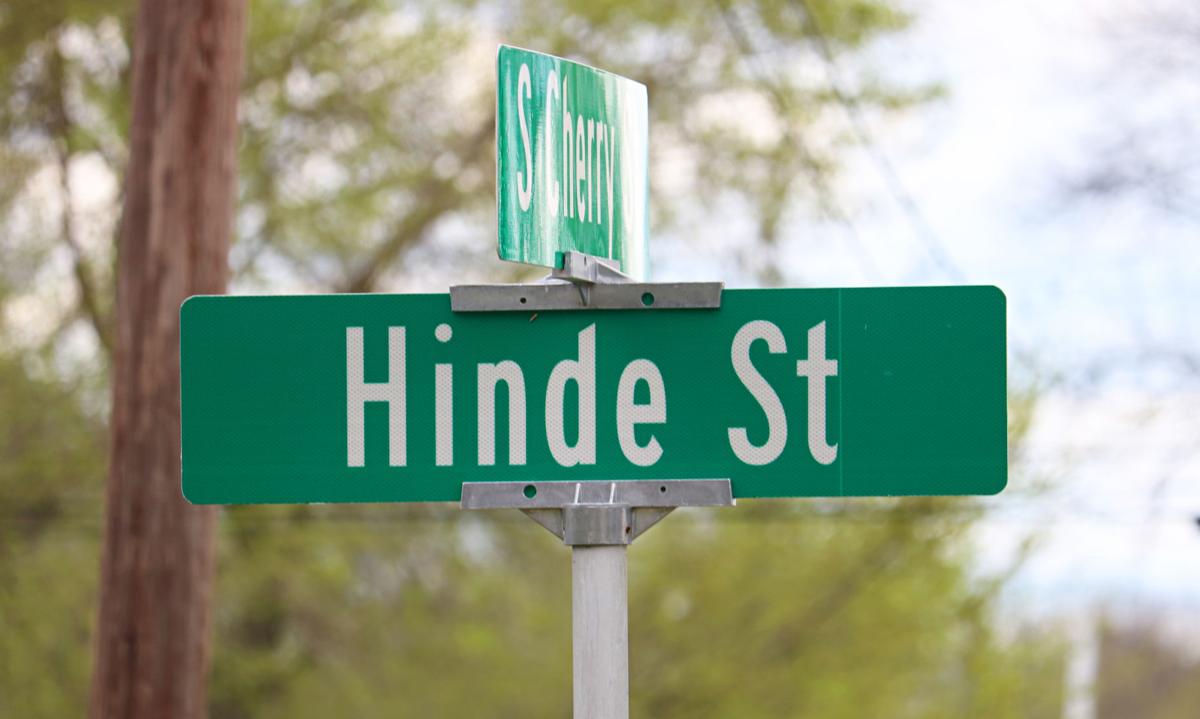 A street named after Rev. Thomas S. Hinde, one of the three founders of Mount Carmel. 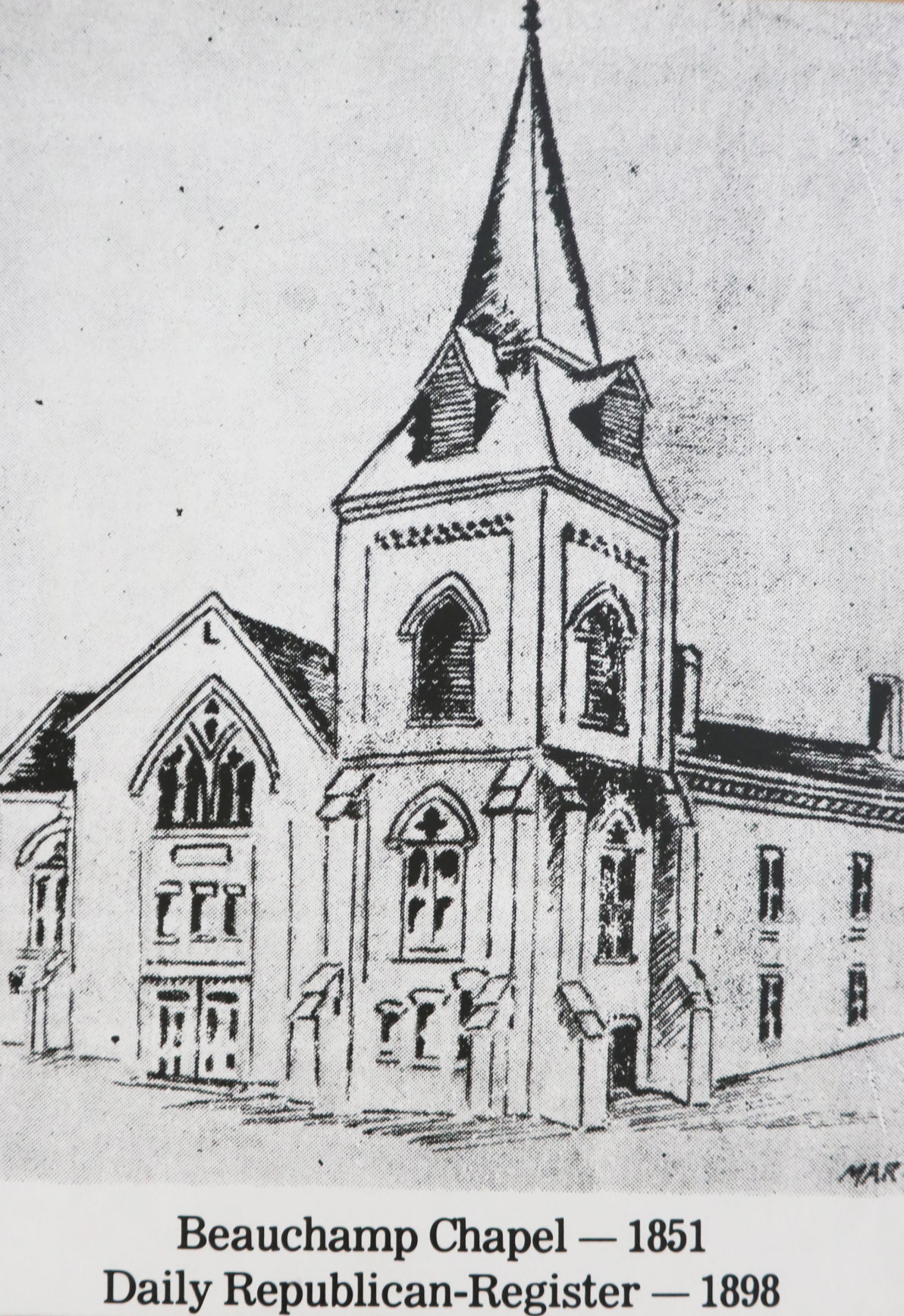 An illustration of Beauchamp Chapel, which is now the Mount Carmel Register.

The exterior of Trinity United Methodist Church, located at 512 Mulberry St. in Mount Carmel. The Methodist church community is celebrating its 200th year of service in 2017.

A street named after Rev. Thomas S. Hinde, one of the three founders of Mount Carmel.

An illustration of Beauchamp Chapel, which is now the Mount Carmel Register.

MOUNT CARMEL — The Methodist Church was founded in Mount Carmel on Nov. 9, 1817 — and the reverse is also true — Methodism founded Mount Carmel.

Those names should sound familiar — Hinde, McDowell, Beauchamp. All three have streets named after them that can be found on the southeast side of town.

“There are still descendants of Hinde and Beauchamp here in town,” said church historian Kathy Brand.

The trio came to where the White and Wabash rivers meet and began to plot and sell lots to pioneers who were attracted to the new settlement, and thus Mount Carmel was founded in September of 1818.

According to church records, the first church services were conducted by Rev. Beauchamp in the homes of residents, attended by members of his own family, the carpenter, the blacksmith, some laborers and two African American boys.

“His settlement was filled up by different orders and classes of people, but all delighted, greatly delighted, to hear him preach,” said The Methodist Review in 1825.

When the congregation continued to grow, they built a brick church on the corner of Fourth and Mulberry streets in 1824, which is said to be the first brick church in the state of Illinois.

The congregation outgrew the facility in 1850, and a new church on Fourth Street, in between Market and Mulberry. In 1851, Beauchamp Chapel was completed, named after the Rev. Beauchamp himself.

This location should also sound familiar — it’s the offices of the Mount Carmel Register. Church-like windows are still intact in areas of the building, even though it was extensively damaged during a cyclone on June 4, 1877.

The current location of Trinity United Methodist was the next expansion for the Methodist community, where First Methodist Episcopal Church was built at the turn of the century.

A devastating fire destroyed the building on the morning of Feb. 29, 1944. Everything was a total loss and the cause of the fire remained unknown.

“As it burned, the sidewalks were lined with faithful church members who watched with tear-filled eyes the consummation of so much that was dear and sacred to them,” noted the church’s sesquicentennial records.

For a while, members met at the high school gymnasium, until the church was rebuilt in the late 1940s.

The 175th anniversary of Methodism in Mount Carmel was celebrated in 1992, with an average of 198 people in attendance during Sunday worship services at Trinity United Methodist.

Although the church congregation may be much smaller today, the same amount of love and acceptance can be felt through those present.

Brand said the church will be hosting several events during this anniversary year.

On April 23, Dr. Paul Strobe, a Circuit Rider preacher, will be speaking with fellowship to follow the service.

“We are hosting a women’s tea, with a theme of ‘Pieces of Memories’ — we are going to ask people to bring memories of the church and what it has meant to them,” Brand said.

The tea will be held April 29. On May 7, there will be musical worship with Kirby Staily, and July 30 there will be a church birthday party.

In October, Trinity will have “Wesleyan style” class studies for four weeks, ending with a joint worship service on the evening of Oct. 29 with all United Methodist churches in the county and others that would like to join. A pot luck meal will be held before the service.

Sunday, Nov. 12, 2017, the church will be hosting their 200th anniversary celebration, and is hoping to host an “old-fashioned” service.

“We’ve been hunting for what a sermon would have been like back then because a lot of times they were really fire-and-brimstone kind of sermons,” Brand said.

Brand said they will also be inviting former pastors and members to come, and plan to have a dinner following the large celebratory service.

In the meantime, Trinity members are asking the community to share memories with them, whether it’s a funny story about youth ministry, a — seemingly — mundane story about relationships formed or a true story of blessing during a time of pain or suffering.

“We’d really like to put together a little booklet with just short things people would tell us about what this church has meant to them over the years,” Brand said. “Even people who attended here and might have moved somewhere else, if they could just tell us what influence Trinity had on their life, or First Methodist Church.”

To share a memory with Trinity during their time of celebration, post on the church’s Facebook page, email Becky at tumoffice512@gmail.com, or write a letter addressed to Becky at TUM, 512 Mulberry St., Mount Carmel, IL 62863.